Today, I ran 20 miles for the first time in my life, despite the preceding week being possibly the worst week of my training this entire year.

The week started with a mental re-commitment to my training schedule – I was going to make every workout I had planned, and make several of them high intensity.  The past couple of weeks, my schedule and other forseen and unforeseen events had caused me to miss one training session, or to not prepare properly for the longer rides and runs.

Monday I decided to hit the afternoon core workout.  My legs were still a wreck from a fast paced 9 miler on Sunday, and the core teacher on Monday afternoons is not really great at tuning a workout to an athlete – she simply gives hard workouts and pushes you, without considering that most folks here have been doing this for a while and know their bodies and the correct effort a lot better than she does.  My ego and terrier-like obedience won’t easily let me do less than told, and as a result my quads, calves, shoulders, and triceps were a complete mess after core.  Rather than a great workout, I was simply a wreck.  Much like the convenient Little Caesar’s Pizza close to a summer apartment that Pete, John, and I shared, which even after getting sick eating there once, we returned for a full course of digestive disaster a second time.  I’ve made the mistake of going to that class twice, and it’s just wrong for me.

Tuesday morning I decided to mix it up and swim at Lost Creek, which is not my favorite pool (Circle C), but I needed to get in three swims this week, and a change in routine is actually important to avoid plateaus in training.  I jumped in the pool feeling energetic, but soon found that after the first 250 pull that my arms were shot.  I dropped from first in the lane to the caboose quickly and managed to barely hang on for the rest of practice as the women in my lane (the fast lane, I might add) were crushing me.

I’m going to the front row from now on.  Tuesday evening there was no room in the back row, where  most of the cyclists are smoking European cigarettes and eating fudge.  Okay, maybe not that bad.  But after being in the front row (where I never sat unless it was Mr. O’Thuse’s philosophy class – that guy was a great teacher) at spin class, I’m now going to be a permanent member of the front row crew.  The workout is much more intense, you can always hear the instructions, and you’re not distracted by what any of the other 60 people are doing.  At the end of the workout, I noticed that I could no longer stretch my left leg with my foot flexed without excruciating pain.

The two words I did not want to hear.

Plantar Fascitis.  I’ve already learned that I’m very susceptible to IT band syndrome, the #1 runner’s injury.  So to hear on Wednesday that the pain in my heel from stretching was a precursor to the dreaded Plantar Fascitis hit me pretty hard.  I scheduled an extra massage for Friday, and then the mold allergies hit.  The next two days were spent in a zero-training blur of sore throats, benedryl induced stupor, and sneezing my life away hour by hour.  I hadn’t had two days without a single workout that I could remember since January, or maybe Grand Cayman in May.  Quickly my mental and emotional stake became shaky – two days without endorphines and I’m tweaking…

Saturday morning I woke early to get on my bike and ride at least a couple of hours.  I felt groggy and without any power in my legs.  I managed a 30 mile loop and didn’t feel bad at the end, but I hadn’t had any power or real energy during any part of the ride.  I guess riding 30 while not really being able to breathe is still something?

A couple of important phone calls

I didn’t have coach Mo’s phone number, so I called Garlington to get Mo’s digits, because I needed some advice about whether or not I should even try to run on Sunday.  Just telling Chris what I was facing in terms of feeling sick plus sharp heel pain seemed to ease the tension creeping into all my extremities.  I reached Mo and as always, he calmly laid out the plan for me: lots and lots and lots of calf stretching and rolling out, Icy Hot on my calf before workouts, and if I was experiencing sharp pain during the run, stop.  But I had “the green light” from coach, and somehow the world looked brighter. 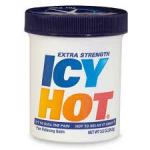 I had not run 20 on the other 2 occasions on our training schedule due to some other mishaps, and it still felt like I was going to miss out on this one.   But I hit snooze only once and began a 30 minute session of Icy Hot (which smells fantastic – I am not joking.  I may wear this on a daily basis), stretching, and rolling out.  I put my calf muscles through several passes of this whole routine, and felt like I had done what I could.  My run was supposed to be “20 miles or excruciating pain, whichever comes first”

I hit the Town Lake trail, and the weather was fantastic.  From 6:30 to 10:00 AM, the trail was cool, breezy, and not once did my heart rate climb in response to overheating (i.e. what I’ve been experiencing the last 3 months).  I kept my goal pace (a mellow 10 minute mile since my lungs were still filled with stuff that lungs fill with) for the first 18 miles, and only on the last two miles, where every muscle in my right leg seemed to agree that we should have stopped at mile 18.  Seeing Chris, Eric, Matt, Yvonne, John, Adam, and other T3 team members on the trail made a huge difference to my workout.  They had all done 90 miles of Decker Lake Hills the day before so their legs must have been toast.

When my watch beeped the final beep signaling 20 miles, I couldn’t quite believe it.  I’d never started a run this year feeling worse, and yet I’d never run farther.   I’m beginning to wonder if something in my psyche responds better to hurdles or obstacles – I hope its’ not that I feel okay to push if I have excuses for failure.  I hope it’s that I’m a bad ass.  Probably neither.

Regardless, I’m tired, sore, stiff, and have a lot of stretching and rolling out to do for the rest of today.  But hidden behind the sleepy and weary expression I’m wearing is a big smirk.