The last four weeks in Sydney have flown by, though with plenty of hurdles.  Lisa and I will move from CBD (the city, essentially the equivalent of “downtown” in Americanese) into our new apartment in Paddington in a little over a week.  But it’s neither home nor terra incognita at this point; still more of half-limbo, half-lamb yeero (gyro for you Yanks).

Warning:  I have a lot to write.  And it’s mostly cathartic and not entertaining. 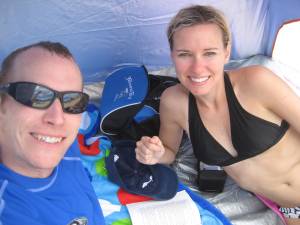 The founder of the company I work for told me that it would take six months to a year to “find my tribe,” an awesome way of saying that it takes awhile to find the people you are going to hang out with on a regular basis and who form your support group.  Our stable lives don’t really begin until the beginning of April, when our stuff finally arrives from the states.  If there’s anything I would do different, it would be to have delayed my start date so that visa arrangements and furniture shipping would match my start date, rather than living in this state where live continues to drag out in a less than optimal state.

We’re at that annoying phase where we compare everything to back home.  Not that all comparisons are judgmental, but they naturally arise when you try and understand how things work in your new home.  There are some obvious things where Sydney/Australia is vastly superior:  the color and shape of money, the beaches, and the safety of the city.  And there are things I miss greatly about Austin/The U.S.A: how real estate works, how easy it is to find and buy whatever you want, decent internet (speed and media content), and pervasive air conditioning.  But light a newer wilderness, my wilderness has made.

While we knew that Sydney would be an adjustment, it still doesn’t make certain days extremely frustrating when something that would have been so easy in Austin takes you half a day to sort out.  Or when you know what you want to do but have no idea how its done over here, or even whether its possible.

Each new day comes with a set of challenges, and a set of discoveries.  Today I spent an hour swimming at Coogee beach – the new discovery was how great the water feels on a warm day in Sydney and how easy it is to get there even from “the city.”  The challenge was that I was bitten by Sea Lice and had to escape a blue bottle (a sort of jellyfish that apparently stings and really hurts).

As always, to keep my blog from appearing in news feeds or Google Alerts in reference to the company I work for, I’ll refer to my employer as “The Company.”  I’ve realized that this is my first real job.  At every other place I’ve worked, with the exception of my first job out of grad school, I’ve reported to the CEO.   I’ve also never started a job without having known someone who worked for the company extremely well.  And I’ve never had a well defined scope of work either.

The entrepreneur in me occasionally looks around and smiles – this role could be seen as a sign of maturity, that I have to grow up a bit and stop running 100 mph and simply using my gut instinct.  Being wrong has more consequences in an organization of this size.  While I don’t think The Company has office politics, I need to continue my attitude of not caring about them.  Over the last six weeks my goal has been getting to know people and making sure they understand a little bit about who I am, and at the same time trying to hit the ground running.

A New Home in Paddington 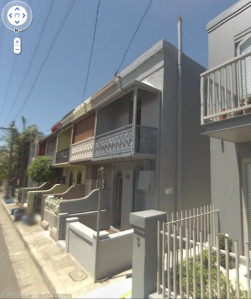 I won’t go into the absolutely nutso apartment real estate market here in Sydney, but suffice to say that Lisa has pulled off a miracle in getting us a place to live within our budget (which still had to be 150% of what we would pay in Austin) in the neighborhood we wanted to live in.   And, for those of who are asking, “Is our neighborhood named after a stuffed bear?” the answer is “Go pound sand.”

We’re moving into a two-story “Terrace”, the Sydney equivalent of a town home.  Our new place has two bedrooms, and is about 2 meters wide (yes, about the size of a womp rat), and has all the fundamental things you’d want in your home, except air conditioning, heating, a dishwasher, closets, and a garage.  This is actually a great find, relative to what’s out there without selling plasma.

In the midst of moving in between two corporate apartments in Sydney, waiting for our apartment to be ready to occupy, Lisa and I counted the number of places we have lugged our 6 suitcases since December 17th, and we were shocked.  Twelve.  It’s no wonder we feel “out of sorts” and that our internal compass seems to spin and never settle on a direction.

We won’t really find our tribe until we’re immersed in the things we love: triathlons, tennis, cycling, camping, and trips to explore the rest of the world around us.   We won’t really be able to explore our passions until our stuff arrives.   So the master plan is now:

One thought on “Last week in CBD”