We’ve definitely gone on the cheap side in our first “home” (a rental terrace, not really an apartment, but I really really liked the title of this post) in Sydney – despite the cost being 150% of what we paid in Austin, it’s about 50% in terms of quality of what we lived in.   But we look at that as a fact of cost of living and not a disappointment: there were not beaches in Austin, and no flying foxes.  We’ve followed suit with furniture – taking the path of used furniture, a budget furniture store called Fantastic (that actually had decent stuff), and for our really high end stuff, IKEA.  Even Freedom, which is considered low cost here in Sydney was way beyond the budget we had put together.  This weekend we also hit Bing Lee with the help of my boss, and we are the proud owners of 7 new appliances.  One Aussie quirk – with an apartment, you have to supply your own refrigerator.  It’s comical and highly amusing that renters across Australia crate their refrigerators from place to place.

I think Lisa and I struggle with how frugal to be – we’re both frugal by nature, though I tend to like to buy quality things.  I don’t buy a lot of stuff, but when I do, I don’t buy crap.   Our goal had been to break even in our first two years here, and that is looking like a challenge given how much we want to travel and how important races, bike gear, and tennis tournaments are to us.  But the point of coming down here was never financial – neither of us guide any part of our overall life decisions on maximizing financial outcomes.  Staying at Dell would have been that path.  But my exoskeleton wasn’t think enough to prevent soul-crushing had I stayed on for another nine months.

So far we’ve been able to adjust to the daily things being more like San Francisco prices than Austin, but we need to make sure we don’t short change ourselves on the full Sydney experience and micro-optimize on walking an extra kilometer for slightly cheaper produce.   Though some part of that time investment in nomadic shopping, and not H.E.B., is part of the culture here.

I always remember a trip to Cabo San Lucas where six of us piled into a single hotel room, and were constantly shocked by how expensive this supposedly “cheap” trip to Mexico had become.  Our third night in Cabo, Jason declared that any time someone complained about prices, the penalty would be cheap tequila.   And from then on no one complained.   None of the above is complaining, just verbalizing what will hopefully blur into the background in the months to come.   It will be a while before we stop being annoying Yanks and stop comparing everything to back home and can just “be.”

Faster that a multi-stop bus route

One of the main reasons we wanted to live in Paddington or Surrey Hills was the proximity to where I work.  Saturday morning I woke up and decide to test the proximity of work, so I ran to work and back in only 45 minutes.  The path to work is downhill, and I took a route where I didn’t have to deal with many intersections, so after 19 minutes I found myself at work, and spend 24 minutes climbing the hills back to home.  I’m hoping to run to work at least three days a week, once I have a monitor at home and don’t have to shuttle my laptop back and forth every day.  I cannot wait until our stuff gets here.   Given that the walk to the bus, and the bus ride home take about 20 minutes, I get a workout in for an extra four minutes.  And I wasn’t pushing myself, so I can drop a few minutes off of that run…

Ever since I was a kid, I have imagined that my death will come from being struck by a car.  This has never stopped me from running / riding / rollerblading with semi-wreckless abandon where traffic is concerned.  In the last month, I am realizing the Australia may be the fate I had envisioned.

Pedestrians do not appear to have the right of way except in specially marked, rare cross walks.  Walk signals only trigger after a full cycle has passed even in the heart of the city.  And I’ve now seen at least five near collisions where a driver almost plowed into a cyclist who was fully obeying the rules of traffic.  Wait until they get a load of me… 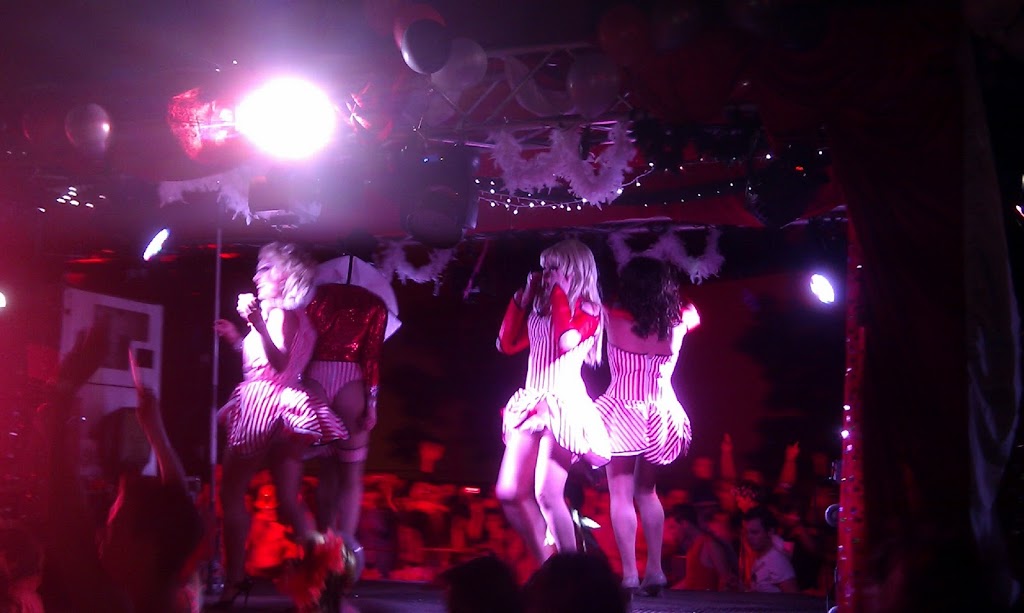 Saturday night was the Mardi Gras festival here in Sydney, the focal event for which is a Gay Pride Parade down Oxford street, which is the main street we live off.  The three and a half hour parade was the most fun I’ve had since I arrived in Sydney, without question.  The energy of the event was overwhelming.  I spent the first 20 years of my life as a homophobe, raised in a community where there were “no gay people”, and in a social/religious setting where there was nothing worse than homosexuality.  20 years later, it means a lot to have replaced my ignorance and disgust with support.   Don’t get me wrong, I’m no more open minded in general than the average kookaburra.  I still carry a full load of prejudices that I fight with every day, like my hatred for cats, my suspicion of the left-handed, and my belief in the genocide of people over 14 years of age who ride bicycles on sidewalks.

If you haven’t seen this movie, and you think “I would like movies that BJR likes,” with the understanding that BJR is slightly twisted, go see it in a theater, and at night. Definitely not for kids, and not for people for whom sexual content, violence, or psychosis will ruin a movie. Otherwise, green light.