This post should have gone out in early October.  Just found it unpublished.  Yeah.  Keeping on top of things. 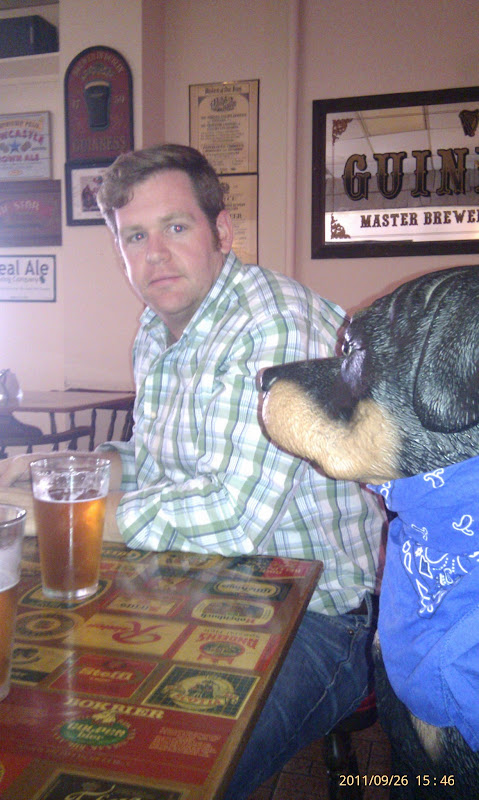 A Return to Austin

As a part of a trip back to the states that was part-work, part-holiday, I stopped by Austin, Texas.   At first I was slightly disoriented, and my mind was trying to piece together the locations of restaurants and the last names of acquaintances, but quickly I settled into the unmistakable feeling that “this is where I belong.”  It’s not a shocking revelation, though I had always feared that leaving Austin would somehow strain my connection with the city.

In a lot of ways, being in Austin highlighted what’s so different about Sydney – the customer service at cheap mexican dives was better than the expensive restaurants of Sydney.  I laughed as the waitress split our check three ways across three credit cards, an act that would be considered a miraculous feat in any Sydney suburb.  While shopping for clothes, the store attendant sought me out at least five times to help me out.  She must have thought I was a freak because I started laughing again and again.  I had forgotten what the experience of customer service feels like.

Even with only being in Austin for a minuscule amount of time, each minute spotlighted how shallow my existence in Sydney is.  I spent time with Barry Aidman of Breakthrough Austin, someone I am proud to call a mentor and a friend.  Breakthrough Austin has done incredible things since I left the board of directors nine months ago, including a successful start of a new Breakthrough program for Manor school district – I should have left earlier if this was the effect!  We talked about our lives and what’s ahead of each one of us, and I’m so excited about what lies in store for Breakthrough Austin.

I posted an event on Facebook that I’d be in Austin one night, and several friends dropped by – two from my days at Trilogy, two from my days at MessageOne, two friends from Ironman training.  It felt like I had just left – the connection with each one was immediate.  While I’ve only been gone nine months, there are friendships in life that don’t survive a six month absence, so I don’t take this for granted.

At one point, Neel, Mak, Dan, and I were talking, again as if we had just seen each other a week ago – and I wanted to capture and bottle that moment.  Dan had brought Bear, my stone dog, to our meeting place, so i could see him.  While each of us is going through a number of changes in our lives, there’s a common language and understanding that I miss terribly, that I don’t think I can replicate in another part of the world, because it’s a big part of what defines Austin and the people who chose to live there.

I also realized that being a couple in Sydney, i.e. Lisa and I together, actually limits the depth of relationships – there are simply subjects that don’t come up in a social setting and that only happen with individuals, and we spend most of our time interacting with other couples.  That said, I wouldn’t trade the closeness that Lisa and I have as a result of being “two people against the city” that we’ve experienced over the last several months.

Dinner with Neel’s family was the most important part of my visit.  His parents have always treated me like a son rather than a friend of their son, looking after me and welcoming me into their home and lives.  Neel’s dad and I share an affinity for naps before and after holiday bbqs, and his mom always has a smile for me that makes me feel safe and loved.  With the loss of my father over a decade ago, men like Neel’s father have played a more and more important role in my life, and when I had to say goodbye at the end of the night to “Mom and Dad,” it tore me apart.  I didn’t understand it when I was a kid, but that’s the sign that you are lucky enough to share a bond.  It is not an empty feeling nor a feeling of loss – it is the feeling of simply being separated from the people you care most about.

So whatcha gonna do?

My last trip to the states gave me a new resolve to change our lives in Sydney, and we definitely have.  We are no longer barely scraping by.  I would no longer use one of my three wishes to transport us back to Austin and erase the choice of moving.

Now, it’s time to elevate our game.  Life is still too one-dimensional (i.e. work and errands), and there are few elements of being actively involved in any kind of community.  My health is one of the five things that still hasn’t fully come back since moving.  As a result I’m in poor athletic shape and feel like a fraction of myself.   So there’s plenty of new things to focus on when I get back to Sydney!

One thought on “You can go home again”