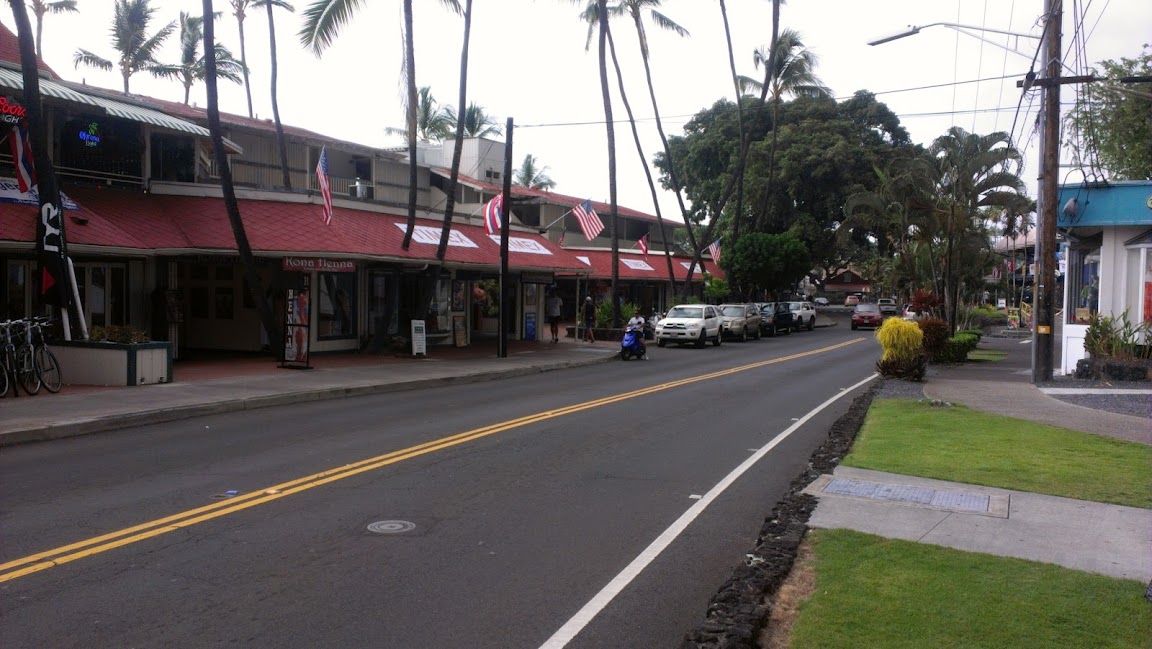 I’m here in Kona for the Ironman World Championships, this coming Saturday.  Originally I was coming to help support my friend Dariusz who had won a lottery slot, but a driver in Sydney took his dream away with a careless left turn that shattered Dariusz’ collarbone.  I know I’ve said it before, but Sydney drivers are the worst I have ever seen when it comes to how they treat cyclists and pedestrians.  I’d rather be on a lonely Texas country road dodging beer botttles being thrown at me by a good ole boy than face the mass idiocy of Sydney traffic.

When I first arrived on Saturday, Kona was quiet and sleepy, but by Tuesday night, the serenity of the island town swapped out for the machine that is modern triathlon.  Triathlon has been a big business for a while, and it’s hard for me to get excited about the event with so many vendor tents and pro interviews.

The next morning I ran a local 10K and set my best time of 47:30, despite not having run in the heat since I left Austin. 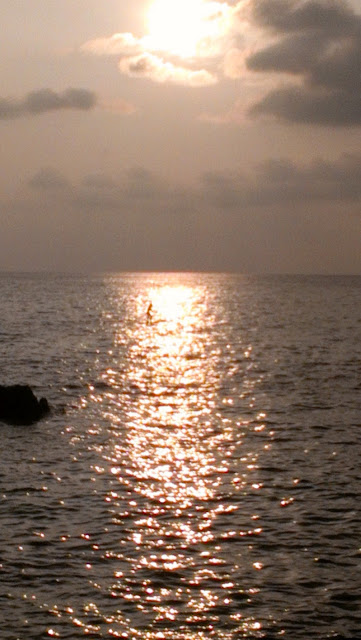 Helping with registration, seeing so many amazing athletes who have qualified, and watching the parade of nations made the event feel smaller, that it is not such a machine after all.  It is just 2,000 people with talent and determination who are here to chase their dream.

For me triathlon has always been about the individual, and about how the sport separates you from everyone else – you can’t draft on the bike (except in the unnatural and abominable ITU racing circuit), you can’t get assistance from your team during the race, and in training you have to separate yourself from normal human life to manage your training schedule.   Here in Kona, everyone is a triathlete – most of the spectators have done a triathlon at some point.  In some ways it makes triathlon not feel special anymore, where there are 5,000 people all who are somehow involved in the sport.  On the other hand, the people you meet are incredibly friendly.

The island itself is amazing – the beaches, the jungles around the island, the volcanos, the people.  The relaxed pace of life is appealing and the smiles of people here are welcoming.

I had feared that being in Kona would fill me with such a fever that I’d make Kona the next big goal in my life.  That all else would disappear and Kona would become the next pinnacle.  In some ways, maybe I welcomed the idea, that my life might once again have purpose.

And yet after four days here my desire to do this race is completely gone.  In watching the genetic specimens that stride by and the $10,000 bikes going back and forth on A’li drive, in running in the inhospitable humidity and heat, in riding a rented Cannondale time trial bike along the Queen K, there is no voice calling to me.   There is no passion that fills me.

The island is mute.  In our mutual silence, the island and I understand each other.  This is either not the place, or simply not the time.

(All that said, I’m pretty excited about watching the race on Saturday)